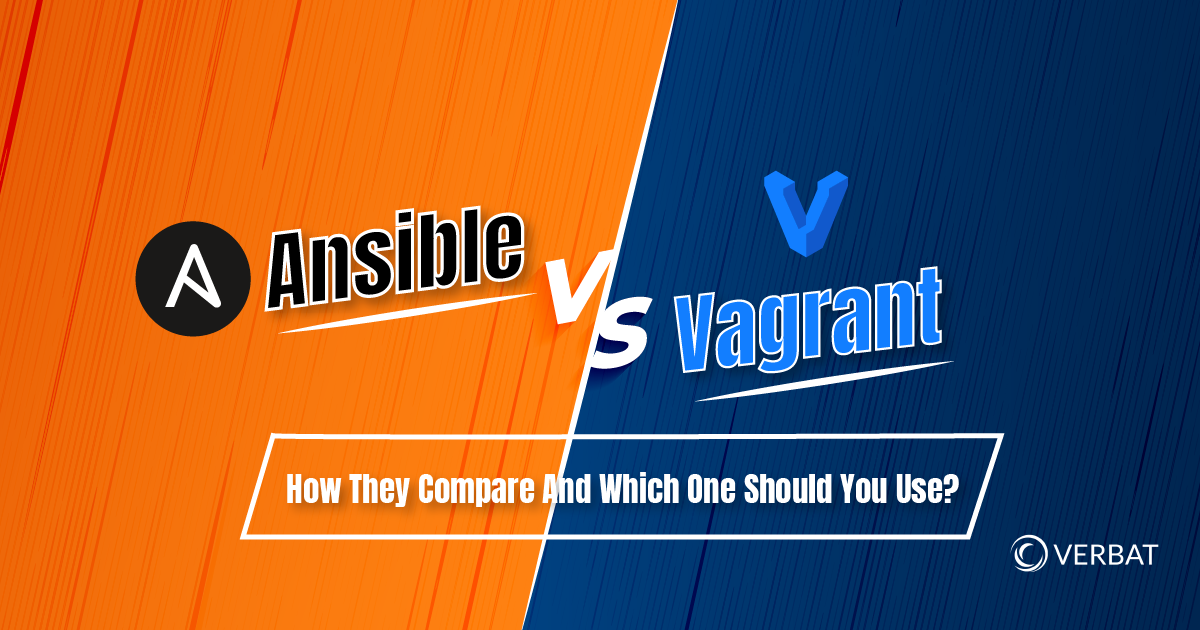 Ansible Vs. Vagrant: How They Compare And Which One Should You Use?

As a developer, you likely spend a lot of time working with code and other files on your computer. To make your life easier, there are several different automation tools available that can help you automate various tasks.

Both Ansible and Vagrant have their strengths and weaknesses. Ansible is typically more complex to learn than Vagrant, but it can be more powerful once you get the hang of it. Vagrant is generally simpler to use than Ansible, but it doesn’t have as many features.

So which automation tool should you use? In this article, we’ll compare Ansible vs. Vagrant and explore the main differences between them. We’ll also discuss when you might want to use each tool for your projects.

What Do You Know About Ansible?

Ansible is a configuration management tool that automates the provisioning and deployment of software applications. This python-based automation tool is a simple, yet powerful, solution that can help you manage your infrastructure more efficiently and effectively. With Ansible, you can define your infrastructure as code, which makes it easy to provision and deploys new applications and services. It also provides several built-in modules that can be used to manage common tasks, such as installing packages, setting up users, and configuring services.

Ansible is free and open-source software, released under the GNU General Public License. It is simple to use and does not require any special knowledge or skills to get started.

Ansible uses a simple syntax called YAML (Yet Another Markup Language) to describe automation tasks and can run those tasks on any number of servers simultaneously.

It is agentless, which means it does not need to be installed on remote servers to manage them. All that is needed is an SSH connection and Python 2.6 or higher installed on the remote server. This makes Ansible an ideal tool for managing cloud infrastructure, as well as on-premises servers.

Ansible playbooks are written in YAML and executed from the command line. Playbooks can include one or more plays, each of which specifies a series of tasks to be executed on a remote host or group of hosts. Tasks are written in modules, which are small pieces of code that can be invoked from the command line or within a playbook. Modules are idempotent, meaning they can be run multiple times without changing the state of the system.

Ansible provides many benefits over traditional configuration management solutions, such as Puppet and Chef. Some of the key benefits of using Ansible include:

Simplicity – Ansible is much simpler to use than other configuration management solutions. It uses an intuitive YAML syntax and a declarative approach, which makes it easy to learn and use.

Agentless – Ansible does not require any agents to be installed on managed hosts. This makes it much easier to deploy and manage, as there is no need to worry about installing and maintaining agent software.

Idempotent – Ansible ensures that tasks are run in an idempotent manner, which means that they will only be run if the desired state has changed. This is a major advantage over other configuration management solutions which often run tasks multiple times, even if the desired state has not changed, resulting in unnecessary work and potential errors.

Open Source – Ansible is open-source software, released under the GNU General Public License (GPL). This makes it free to use and modify, without any licensing costs or restrictions.

Let’s take a look at some of the pros and cons of Ansible.

Vagrant, created by Mitchell Hashimoto, is an open-source tool for building and managing virtual machine environments. It can be used to create and configure virtual machines, as well as to manage their lifecycles. Vagrant provides a consistent workflow for working with virtual machines, making it easy to get started with developing in a virtual environment.

Vagrant is a flexible tool that can be used with different virtualization providers, such as VirtualBox, VMware, or AWS. It is easy to use and doesn’t require any special knowledge or skills. All you need is a text editor and a basic understanding of the command line.

While Vagrant is primarily used for development environments, it can also be used to provision production servers. This makes it a versatile tool that can be used in a variety of situations.

How Does Vagrant Work?

As we already mentioned, vagrant helps developers create and manage virtual development environments. It does this by providing a consistent workflow and abstraction layer on top of multiple virtualization technologies, such as VirtualBox, KVM, and VMware.

When you’re finished working on your project, you can simply destroy the virtual environment and start fresh with a new one. This makes it very easy to experiment with different configurations and settings without having to worry about breaking something that you’ve already set up.

What Are The Benefits Of Vagrant?

Here are some of the main benefits of using Vagrant to manage development environments:

Let’s take a look at some of the pros and cons of Vagrant.

Read More : Should You Choose React Native Over Flutter In 2023?

Both Ansible and Vagrant have their strengths and weaknesses. Ansible is more powerful and flexible, but also more complex to learn and use. Vagrant is simpler to use but doesn’t offer as many features.

Here’s a more detailed look at how Ansible and Vagrant compare:

Both Ansible and Vagrant allow you to automate the provisioning of your development environment. However, Ansible offers a few more features than Vagrant:

Usability is where these two tools differ the most. Ansible is designed for power users and developers who are comfortable with command-line interfaces. It has a steep learning curve and requires some knowledge of programming to use effectively. On the other hand, anyone can use Vagrant with relative ease. It has a graphical user interface and is much easier to learn than Ansible.

When it comes to cost, both Ansible and Vagrant are free to use. This makes them both great options for those on a budget. However, Ansible does have some paid features, while Vagrant is completely free. So, if you’re looking for the most affordable option, Vagrant is the way to go.

There are a few key use cases for Ansible and Vagrant that will help you determine which one is right for your needs. If you need to provision and configure virtual machines or development environments, Ansible is the tool for you. It’s also great for automating tasks across multiple servers.

Vagrant is ideal for creating and managing development environments. It can also be used to test out configurations before implementing them on live servers. If you need to set up a complex environment with multiple servers, networking, and storage, Vagrant is the tool you’ll want to use.

So, which one should you use? It depends on what you need from a configuration management tool. If you’re looking for power and flexibility, then Ansible is the best choice. However, if you just need something simple and easy to use, then Vagrant is probably better suited for you.

Written by Prashant Thomas
Fiscally conscious & goal driven professional with over 15 years of strategic IT experience in multiple disciplines. He has completed his Engineering & M.S. in the US and followed it up with very strong IT leadership experience with top companies. He has a rich cross functional experience in translating business needs into technology requirements, defining, developing roadmaps, rolling out IT solutions across the segments of enterprise. He is a certified Scrum Master and a TOGAF Certified Enterprise Architect.
Next post »
Rethinking The Future Of Machine Learning And Deep Learning