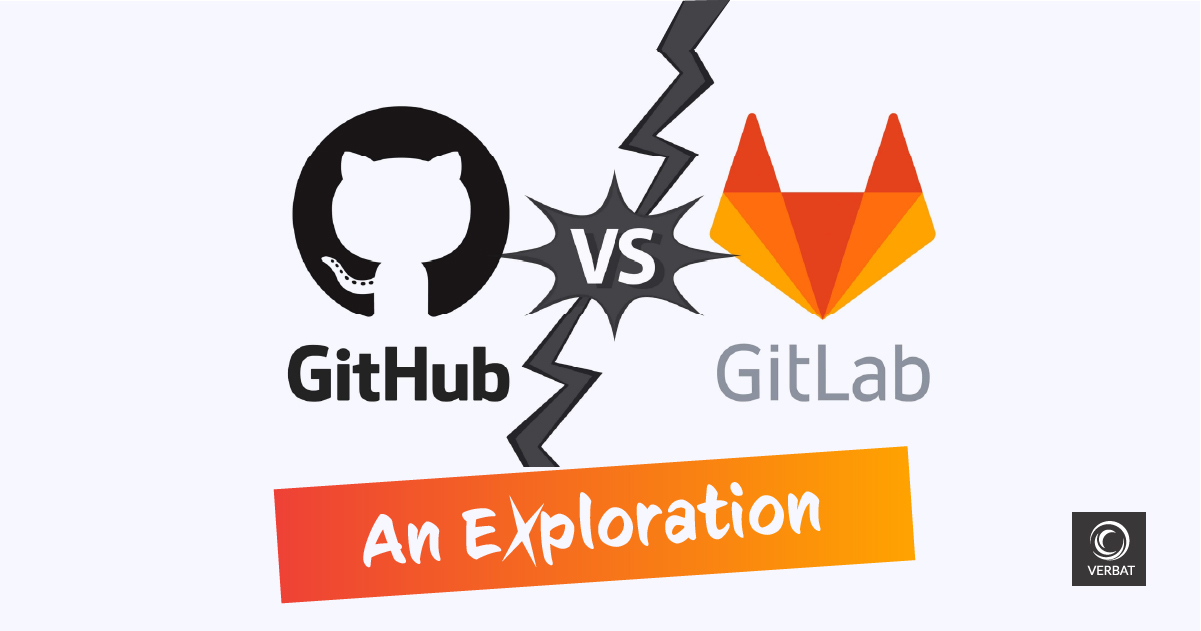 GitLab vs. GitHub: An Exploration.

The maintenance of version control repositories is an important part of the software development process. GitHub and GitLab have proven themselves as efficient tools for programmers, especially when working in large groups.

What is a Git Repository?

Git’s goal is to keep track of software development projects and their files as they change over time. Git keeps this data in a repository, which is a data structure.

Also Read: Mobile-First Indexing: What You Should Know

A git repository like this comprises a set of commit objects as well as a collection of commit object references. It is a central location where web developers may save, distribute, test, and collaborate on their work.

How to complete DevOps with more than a Git Repository?

GitLab and GitHub are no longer merely git repositories for programmers. GitLab while announcing Complete DevOps vision has said that they aim to take it a step forward by merging development and operations in one user experience.

The need for greater and deeper integrations between development and DevOps tool chains was identified by GitLab. GitLab rethinks the scope of tooling for both developers and operations teams with the latest version of 10.0.

GitHub and GitLab: A Beginner’s Guide

Let’s start with the fundamentals. GitHub is a Git-based repository hosting platform that has 40 million users (as of January 2020), making it the largest source code community on the planet. GitHub was founded by Tom Preston-Werner, Chris Wanstrath, and PJ Hyett and debuted in 2008.

Projects on GitHub can be made public, and any publicly published code is available to anybody. Private projects are also possible, however, the free plan only allows for three contributors.

Open-source software is frequently shared via GitHub’s public repositories. GitHub can be used for bug tracking, documentation, and wikis in addition to the basic code repository.

Over 100 million repositories have been created in total. GitLab is a repository manager similar to GitHub that allows teams to collaborate on code. GitLab, which is written in Ruby and Go, has some of the same issue tracking and project management tools as GitHub.

GitLab was founded in 2011 by Dmitriy Zaporozhets and Valery Sizov and now employs over 1,300 people. According to Wikipedia, GitLab has 100,000 users (as of March 2017) and is utilised by IBM, Sony, and NASA.

When making a decision, you should be aware of the following major differences: GitHub vs. GitLab

You can set and alter people’s permissions in GitLab based on their responsibilities. You can choose whether someone has read or write access to a repository in GitHub.

You can give someone access to the issue tracker (for example) without giving them access to the source code with GitLab. Larger teams and businesses with role-based contributors would benefit greatly from this.

GitLab has built-in Continuous Integration/Delivery, which is one of the major differences between it and GitHub. For many development teams, CI is a tremendous time-saver and a terrific approach to QA (nobody likes pull requests that break your application).

GitLab provides a free version of its CI. There’s no need to employ a third-party CI solution. If you’re already using an external CI, Jenkins, Codeship, and others are all easy to integrate with.

GitLab explicitly addressed the DevOps market first, as well as providing an operations dashboard that allows you to understand the dependencies of your development and DevOps initiatives.

GitLab CI features Auto DevOps, which automates CI/CD without the need for a human to set it up.

So, how does continuous integration / continuous delivery work in the GitHub world? In late 2019, GitHub announced Actions, which allows you to create actions that automate and customise your development workflow. It also costs less to begin.

However, GitHub does not include a deployment infrastructure and requires the use of third-party apps such as Heroku.

This step-by-step CI/CD pipeline setup tutorial with GitLab vs. GitHub and Travis CI is available for free download.

GitLab and GitHub both have a simple issue tracker that allows you to update the status and assignee for several issues at once.

Both are excellent issue trackers, particularly when used in conjunction with a visual bug tracker such as Usersnap. While your engineers can continue to use GitLab and GitHub’s excellent issue tracking interfaces, your testers, coworkers, and clients can simply report defects using the Usersnap widget.

Bug reports and user feedback can be forwarded to GitLab or GitHub automatically. Alternatively, you can pre-filter those tickets in Usersnap and send them to your development project manually.

When considering switching to GitLab or GitHub, keep in mind the setup expenses and resources required to get started. The question of available import and export features is crucial in this regard.

GitLab provides extensive instructions for importing data from other suppliers, such as GitHub and Bitbucket, into GitLab.

For the most typical git repositories, GitHub, on the other hand, does not provide such thorough documentation. If you have source code in Subversion, Mercurial, Azure DevOps, or another repository, GitHub recommends using GitHub Importer.

Also, when it comes to data exporting, GitLab appears to do a good job, allowing you to export your projects with the following data:

When it comes to the export functionality of current GitHub projects, on the other hand, GitHub appears to be more limiting.

GitLab and GitHub both have a large number of third-party integrations. Integrating your version control system with other applications improves your workflows and can help you and your non-developers be more productive.

GitHub introduced their GitHub marketplace in May 2017 to give you selected tools and applications in addition to the available integration partners.

GitLab followed a similar path and now provides a variety of integrations for development and DevOps teams.

GitHub made a name for itself in the development community. And the incredibly active GitHub community of millions of developers is mostly responsible for its popularity. There, you can debate issues and possibly discover a few unofficial yet fantastic hacks. GitLab, on the other side, did some fantastic things like host community events and connect open source contributors.

If you’re looking for the largest developer community, GitHub is almost certainly the place to go.

When deciding whether to use GitLab vs. GitHub on an enterprise level, there are a few more things to consider.

GitHub is extremely popular among developers, and it has grown in popularity in recent years among larger development teams and businesses.

GitLab, on the other hand, is quite powerful in terms of enterprise functionality. GitLab is especially popular among bigger development teams because of the several enterprise options available.

Here’s how GitLab and GitHub stack up in terms of pricing.

Without a question, GitHub is the most popular git repository, with the most users and projects. GitLab, on the other hand, does an excellent job of providing your entire development (and DevOps) team with powerful tools for more efficient workflows. For more queries please contact us

Written by Prashant Thomas
Fiscally conscious & goal driven professional with over 15 years of strategic IT experience in multiple disciplines. He has completed his Engineering & M.S. in the US and followed it up with very strong IT leadership experience with top companies. He has a rich cross functional experience in translating business needs into technology requirements, defining, developing roadmaps, rolling out IT solutions across the segments of enterprise. He is a certified Scrum Master and a TOGAF Certified Enterprise Architect.
« Previous post
3 Major Types of Link Building Metrics & How to Use Them Successfully.
Next post »
Mobile-First Indexing: What You Should Know.